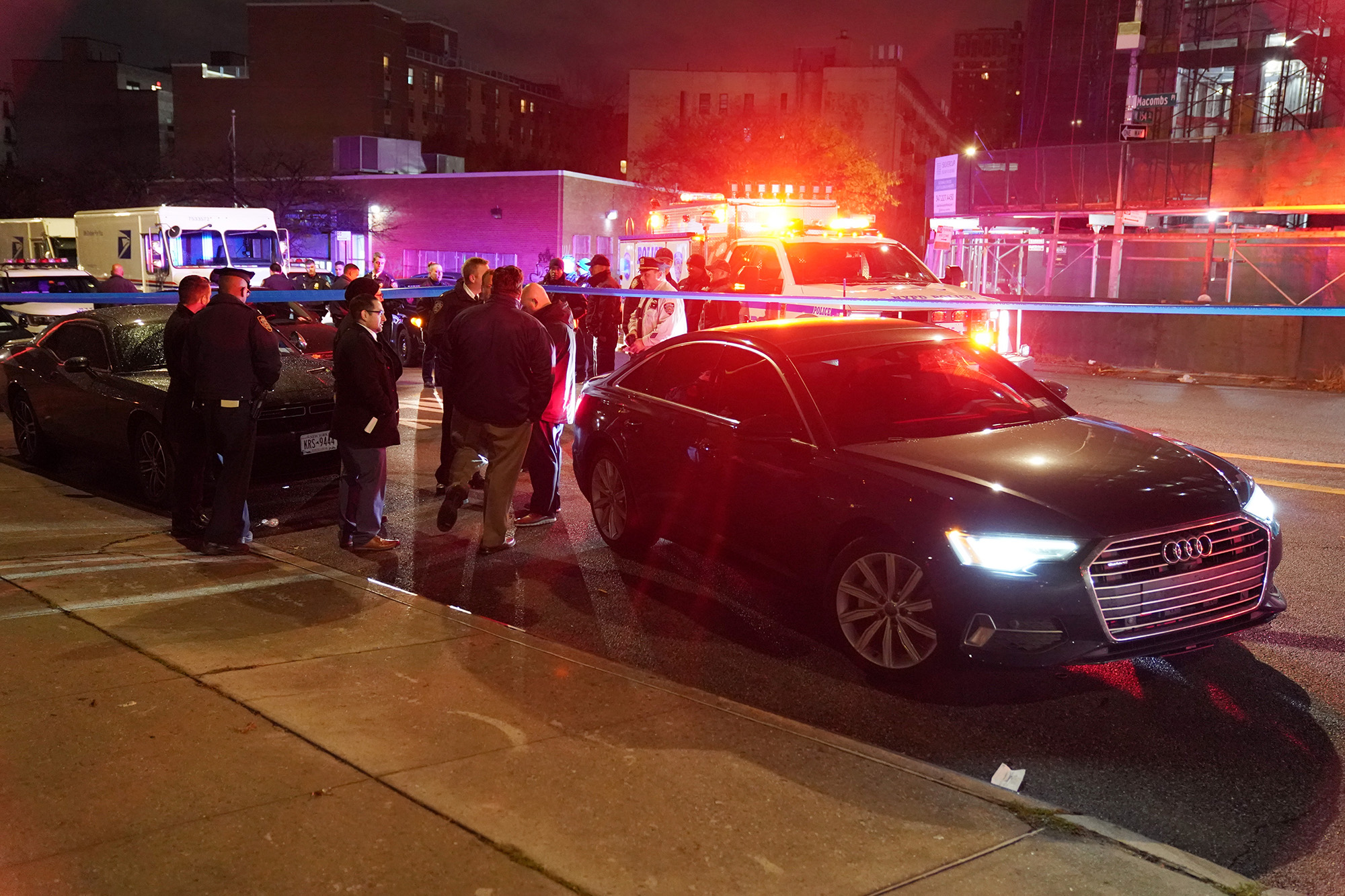 A gunman opened fire at an off-duty NYPD officer during a possible carjacking attempt in Harlem late Wednesday, cops said.

The 29-year-old cop was in his Audi at Macombs Place and West 154th Street around 11:30 p.m. when a suspect approached the car and pulled a gun, police said.

When the officer didn’t comply with the gunman, the suspect opened fire, cops said.

The cop, who remained in his car, was not struck — though the Audi was hit, cops said.

The shooter, who was joined by an accomplice, fled in a vehicle, police said. Both were wearing dark clothing.

No arrests had been made by Thursday morning.