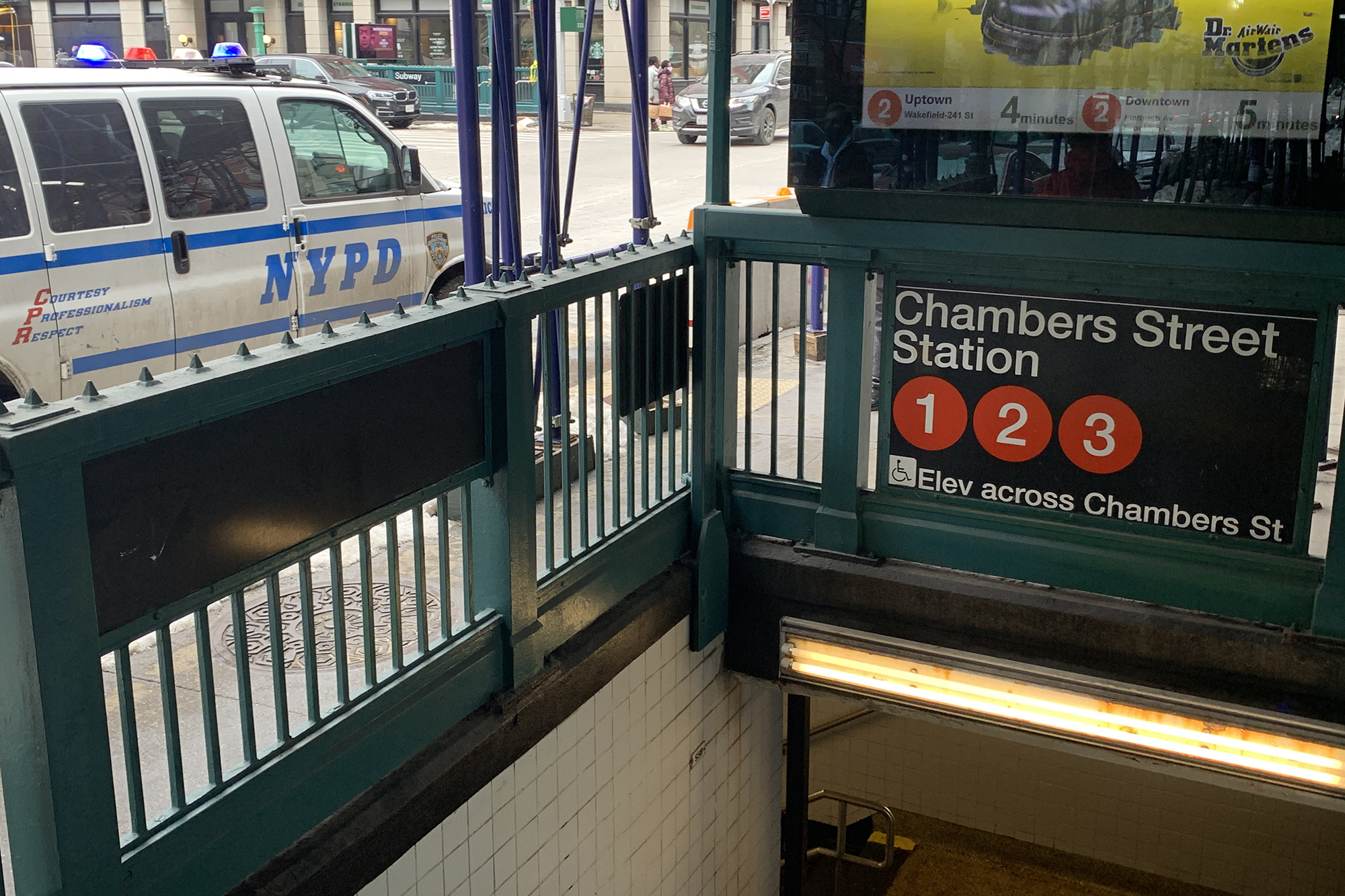 A man shoved another straphanger onto the subway tracks in an unprovoked attack in Lower Manhattan early Monday, cops said.

The 45-year-old victim was standing on the southbound 1, 2, and 3 platform of the Chambers Street station when the assailant pushed him from behind — sending him onto the tracks.

The victim managed to climb up from the tracks himself and refused medical attention, cops said.

The suspect, wearing all black, fled after the attack, police said.