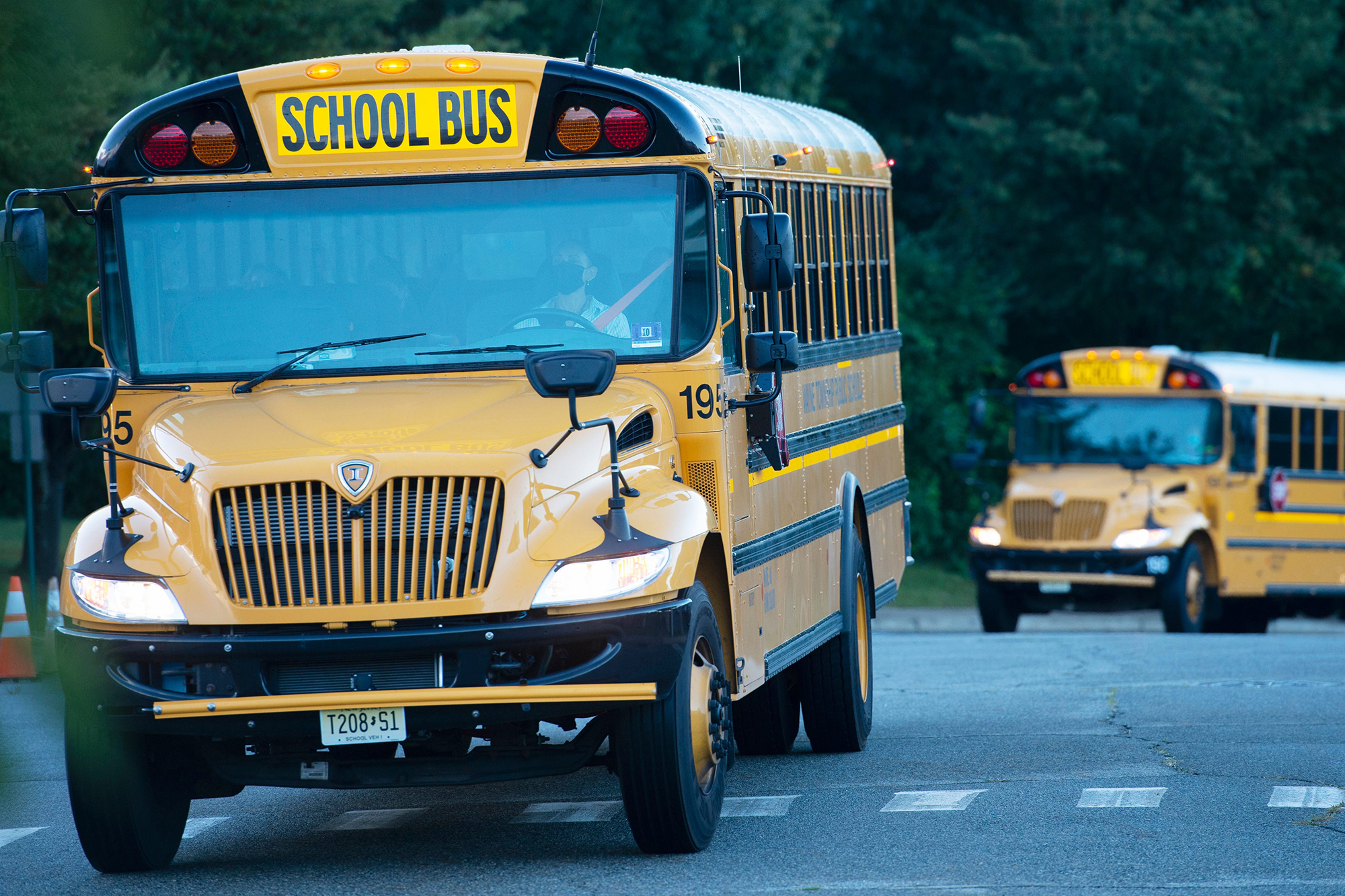 One New Jersey town has seen five school bus crashes in just over a month, according to reports.

While no one has been seriously hurt, the community of Lakewood, about 30 minutes south of Asbury Park, had two such incidents on Thursday alone, according to Patch.com.

In the latest collision, shortly before 9 p.m. Thursday, a school bus was hit head on after another driver was cut off by a motorist who made a left turn in front of him sending the driver’s car careening into the opposite lane, Lakewood Police Capt. Gregory Staffordsmith said, according to Patch.

The motorist who sparked the incident was cited for careless driving, while the man whose car hit the school bus suffered an ankle injury. None of the students were seriously injured, according to the report.

The crash Thursday night was the second of the day, and fifth involving a school bus since mid-September, when a school bus “wound up perched on another vehicle,” Patch reported.

On Oct. 6, a bus driver was believed to have suffered a medical emergency before the vehicle ran off a road and hit two parked cars, according to patch.

Two days later — on Oct. 8 — a school bus with 30 students on board was hit by another vehicle, whose driver ran a stop sign, NJ.com reported. No one was hurt.

Local cops have promised to review all school bus crashes in hopes of preventing more mayhem, the Lakewood Scoop reported. Police are also poised to meet with the bus companies to see what’s going on.