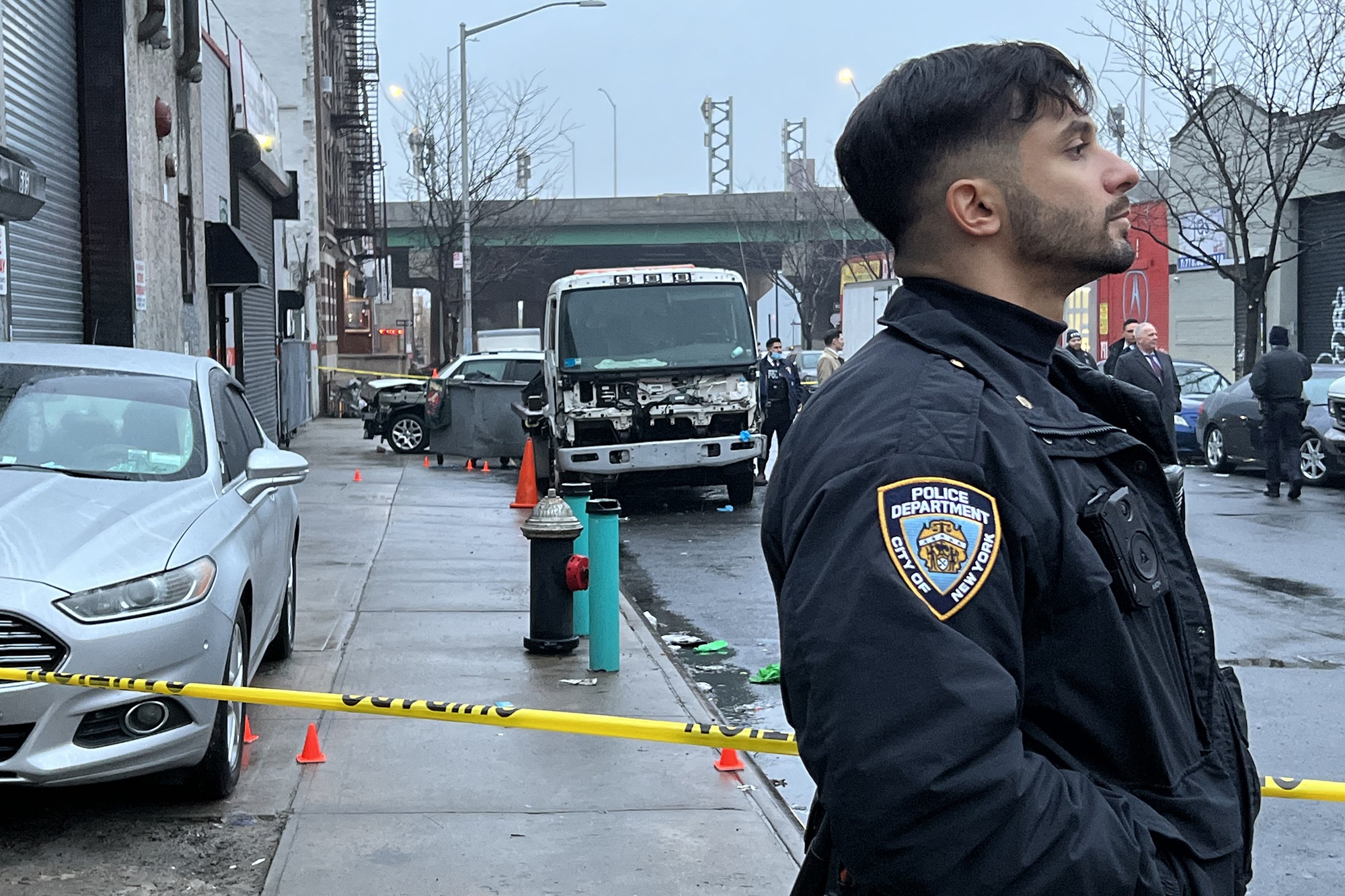 A woman was killed and two men were injured in a drive-by shooting in the Bronx on Monday afternoon, police said.

The victims were struck by a shooter in a white car on East 137th Street near Bruckner Boulevard in Mott Haven at about 4:10 p.m., according to the NYPD.

The 39-year-old woman, identified by police as Gloria Ortiz, suffered a gunshot wound to her head.

Investigators are trying to determine if the woman was an innocent bystander in the shooting that may have targeted the 32-year-old man, who was a known gang member, sources said.

All three victims were taken to local hospitals, where the woman was pronounced dead and the men were listed in stable condition, police said.

No arrests were made as of Monday night.